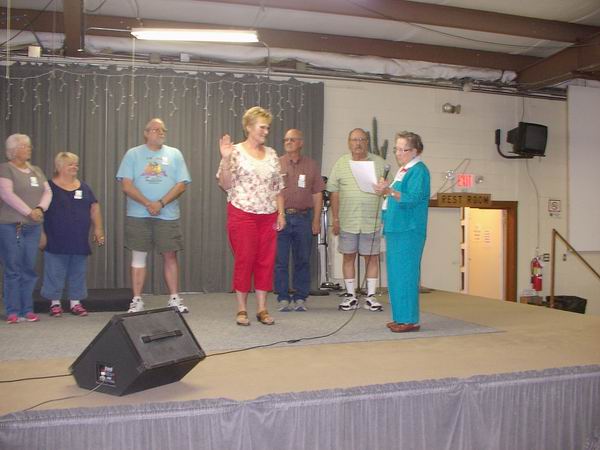 March 3, 2015 will go down in QIA History! Sandy Andreasen was sworn in as the first all volunteer member Board President.

Arlea Long, a 30+ year Lifetime member of the QIA was asked to administer the oath of office to Sandy and all Board Members.

Shown listening to Arlea discuss their duties and responsibilities to the members and Board are from the left - Charlene Darlene, Secretary; Pat Smith, Treasurer; Richard Trusty, Vice President; Sandy Andreasen, President; Alva Richardson, Board Member and Robert Malette, Board Member.

Arlea did a great job and was responsible to administer the oath of office to all Board Members! 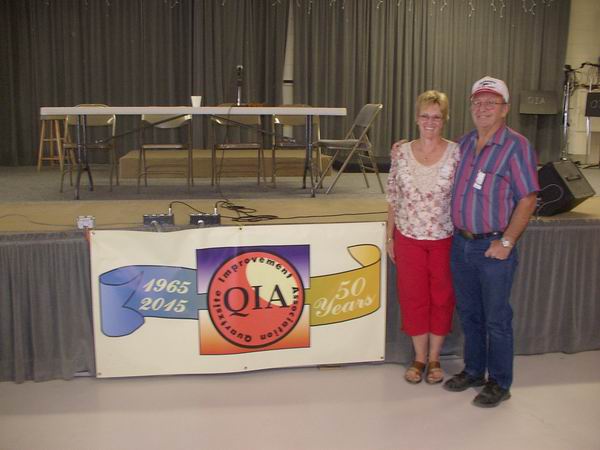 As Sandy took over her first meeting, she realized the tremendous responsibility to keep the traditions of the members going and on a strong path for the next 50 years! She has a great Board to help guide and steer the membership along.

Return from QIA Board to Home Page